Alf Stewart from Home and Away talks about romance

Now, as a proud no-nonsense Australian who doesn’t take a dingo bat’s whisker of nonsense from anyone, you can imagine how cheesed off I was when I found out that the old wife-aroo has been having an affair behind my back. Although I’ll be the first to admit that I’m perhaps a little hard on the silly little strumpetty slap, that’s still no excuse for her to go galloping off into the arms of the first two-bit dingo mongrel head that’s willing to blow a kind word and a compliment up her skirt.

“Oh, you don’t understand me!” is what she claimed when I spoke to her on the phone. Well, too damned right I don’t understand you, you bloody wombat! How am I supposed to know you don’t like it when I let rip with a heavy stonker from my backside if you don’t tell me? I’m no bloody mind reader, no matter what those carpet munching women’s magazines say. And what, exactly, is the problem with me checking out the young girl next door when she’s out sunbathing in the garden? That’s one fine pair of tambourines she’s got tucked up down under that blouse of hers, and I’m man enough to admit that I’d love nothing more than to take her backstage of Sydney Opera House and show her how a real man bangs away on a percussion instrument.

Since then, I’ve been doing what any bloke would do under the circumstances: whatever the hell damned hell of damn I want.  At first I went into town and took in a few titty bars just to get the old didgeridoo back in action, but I had to stop all that when I caught sight of my little niece up on the main stage.  I tell you, that was creepier than a dingo’s backside that’s been stuffed full of creepy crawlies and I hope to hell that she washes her hands before she slaps any more shrimps on any unsuspecting barbies – the flaming smell would carry for miles around, attracting God only knows what type of dirty dingo mongrels from all around here.

Mate, this world has gone to shit.  Dingo shit. 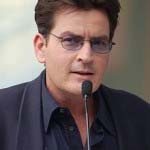 Madcap heartthrob Charlie Sheen has announced that he is in talks with publishers to “Put himself in every household and news-stand in America,” so that “Everyone can see what makes Charlie Sheen, Charlie Sheen.” He wants the very first issue to come with a fully-assembled head as it will “Get me right there, in your face, and watching you at night.” Ever the gentleman, Sheen said he “Promises to close his eyes when you are getting dressed.”

Several name suggestions cropped up during a recent brainstorming session, with ‘The Sheen Machine Magazine’ and ‘Charlie Foxtrot Alpha Sheen’ being the most popular. Sheen himself is particularly keen on calling it ‘Hello, my name is Charlie Sheen and this is my magazine’ because it is “Simple and to the point. And it rhymes. I like rhymes and I like baked beans, it’s why the ‘beans means Heinz’ slogan was so good. The more you say it the better it gets and I’m going to be saying it all day now.”

This latest venture comes hot on the heels of numerous other endorsements and brands such as ‘Sheeno Beans’, ‘Sheeno Beans on Wheels’ and an investigative documentary on supermarket price fixing called ‘How much are you paying for your beans?’

Responding to rumours about the state of his mental health, Sheen cryptically stated that he “Tends to feel a bit cranky if I haven’t had my morning coffee beans yet.”