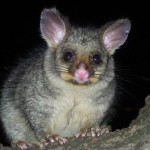 Barmy officials at a zoo in Coventry have denied entry to a five-year old possum despite the fact that he is one of their own and the understandably distressed marsupial has been left in legal-limbo ever since. “I got chasing a moth and before you know it I found myself miles away from home with no scratching post in sight. It was getting dark by the time I got back and if I don’t have my eucalyptus leaves before bedtime I start to get cranky. Everyone round here knows that.”

32-year old Chief Zoo Security Officer told us, “I can confirm that a bedraggled possum attempted to gain access to these premises at 0200 hours via the main entrance point. He didn’t have an appointment booked, no-one could vouch for him, and he was giving off an aggressive odour. He became abusive and started making a loud squeaking noise so we detained him.”

The possum went on “I lost my security tag along the way as it was chafing against my arm. I kept telling my keepers that I have sensitive skin but they never listen to me. I don’t know what the security guy’s problem is he was always happy when he was feeding me peanuts and taking photos of me for his kids.”

Zoo officials have said “Anyone seeking re-entry to the premises has to get their hand stamped. It’s up to each security official to show discretion and in this case the possum was asked to describe what his sleeping area was like. Unfortunately, when we checked his cage it turned out some new bedding had been put down and his collection of half-eaten potatoes had been thrown away.”

“He’s already tried playing dead twice this morning as he’s a crafty one.”